The Voyage Of The Stingray 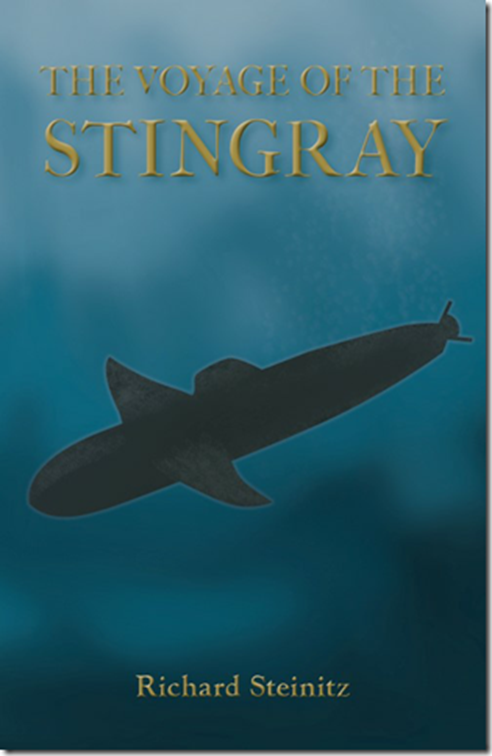 TheVoyage of the Stingray by Richard Steinitz, is a Nautical Adventure, full of surprises, suspense and intrigue.

A new, top-secret type of submarine – USS Stingray (SSL 1001) – is being developed by the US Navy.

Commander Jeff Woodbridge is given command of the SSL project after it broke its first captain and killed the next one! Assistance comes in the unlikely form of an MIT dropout sent to help them with their new electronic toys. Slowly the captain and crew learn how to use it and to take advantage of its special talents – small size, stealth and littoral (close to shore) operations.

NCIS is sent to investigate the death of the previous captain and discovers it is not an accident!

Stingray is dispatched on Sudden Deployment, and sails on two hours’ notice – leaving part of the crew behind. The boat’s medical officer, Dr. Ellyn Gross, sails with her, contrary to Navy regs. In addition, an unintentional stowaway is found.

Stingray heads for the Middle East, takes on a SEAL team and heads for the Iranian coast! To find out more, you will have to read the book!

"The Voyage of the Stingray" is part "Hunt for Red October" and part "Midshipman Hornblower", a book where mystery, suspense and adventure all come together, in a tale that you will not want to put down.

What the reviewers are saying!

"The Voyage of the Stingray presents some interesting ideas on the design of futuristic submarines and how those ships might evolve into concepts of operations.  Independent of the technology, the novel has a superlative plot, timely for the challenges of today’s world."

This is why it is called the Silent Service and why the crews are called the Quiet Professionals. This is not a techno-drama story filled with rads per hour or blast radius calculations. You may find the word reactor used possibly three times. This is a geo-political what-if story that links the highest levels of US Naval Submarine Command, a murdered USN submarine Captain and a Mossad controlled doppelganger who has penetrated deep into Iran (and is then successfully extracted by the Stingray and Seal Team Ten operators).

The years of preparation required by the Agent and the unresolved mysteries surrounding the possible death of Mr. X and the murder of Capt. Joe Moreno leave you wondering if this could really happen or even more chilling - has it already? Mobsters, murderers, and war criminals have tried using plastic surgery to disguise their identities but what if you had a covert operative who needed no disguise? What if nature truly provided you with such man who only needed time to learn, mimic and study the life of the man he is about to replace, what could or would any government do with such an asset?

The Stingray is rushed out of new construction and into action at a pace far faster than Captain Woodbridge or Admiral Towner are truly comfortable with, but the call has gone out and the Boat and her crew must respond at flank speed. Stingray’s newly developed technology allows it to position its self underneath surface vessels, so that it can make covert entries into harbors, submerged and nearly undetectable. Its classified structure makes Stingray nearly an immovable object in the sea, allowing for station keeping that will provide superior support for lockout operations while remaining nearly invisible and undetectable.

Come meet Dr. Gross and Mr. Roth and learn how creative solutions are found to the most complex of US Navy bureaucratic problems.

This book is a fast and easy read. Enjoy it for the story that it is. The backdrop is contemporary and the state actors are real, as are the geopolitical implications.

I rate this book at 3 cigars and 3 bourbons, which is pretty darn good!

Jimmy Olsen, Veteran of the Brown Water Navy, author of SCUBA, Things In Ditches, Poison Makers, etc. had this to say:

Estimates for the coming year's crop of new books reach as high as 1.7 million in the U.S. Some of these will be unreadable, a few will be authentic and inventive. The Voyage of the Stingray is one of those. A novel of original concept, suspenseful plot, and compelling characters. I've read this novel three times, and I plan to read it again.

The details of boat building was strangely compelling as readers see how and what was happening to create and develop new capabilities that could occur based upon the new design. However the adventure of the book begins once the sub is ready for testing and then full operation. As a real stingray can hide stealthily before a full attack, so, too, did the new Stingray's capabilities allow for missions to be totally handled differently. One main difference was its ability to move closer to shore than any other boat, and still be hidden...

While not going into specific scenes, I felt that the type of "new" abilities from such a design were well done and showed both the complexity of dealing with events that would call for such actions and how they could be better achieved with advanced and newer technology, which interested me the most. This included a company representative that was acting as liaison to the crew and wound up as an important "stowaway." I loved the results coming from just this one character. But each of the characters carried well in their specific roles. A thoroughly enjoyable dive into creativity...with adventure! Highly recommended...